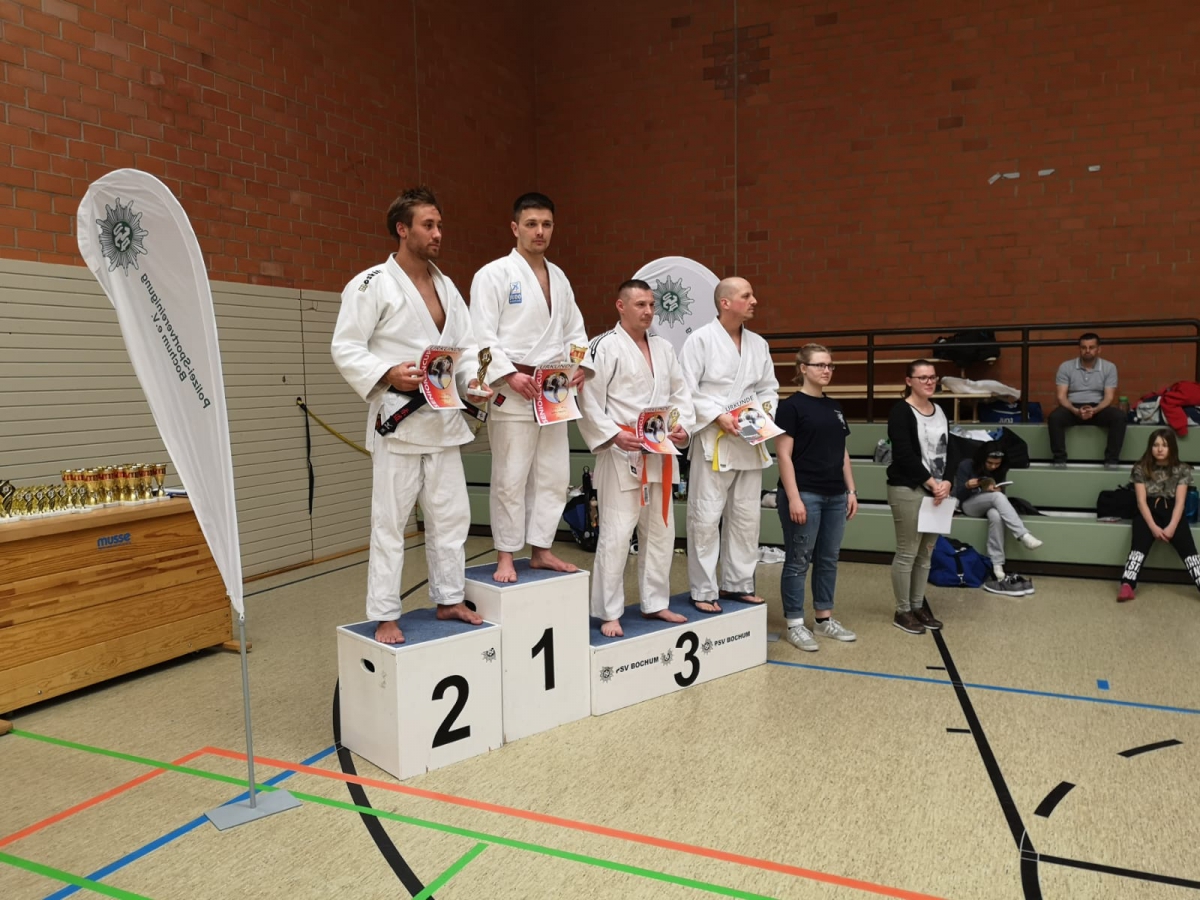 Many athletes took part in to the 11th Senior Cup Bochum by Polizeisportverein Bochum. They used that event for preparation fof the German Judo Mastership of Veterans in two weeks in Maintal. In addition to Judokas from all over Germany, three Dutchmen, a Belgian and a Finn provided international flair at this event. But also

the German judokas ensured a high level of

participants. Many medalists from European and World Championships used the tournament to test their form. With Klara Beerwinkel and Andrea Haarmann stood two permanent places of World Championships on the mat. With Manfred Zöllner u. a. the reigning World Champion up to 81 kg of the M 7. Especially in the age and weight category over 50 years, many top athletes found themselves again. In the semifinals Manfred lost against the much younger Olaf Rodewald (Vice World Veterans Champion 2017) from Wittenberg after a tough fight. The representative for the veteran sports at the DJB, Jens-Peter Bischof from Berlin also used the tournament for the preparation. In the final battle he was able to prevail after a tough fight against Jörg Neiwert from JC Hennef. For one of the most beautiful Ippons of the tournament provided Rob Kroonen from the Netherlands. In the final he threw the Berlin Guido bars after a few seconds with a magnificent Ashi-guruma. The organizer was also pleased with a winner. Rodion Munshau of PSV Bochum won the final fight against Johannes Koza from Dünnwalder TV with an inner sickle up to 81 kg in the age group over 30 years. With a second place by Witali Kuznetsov to 90 kg and a third place for Sergio Agudelo-Cera could place two more  from Bochum. It was also pleasing that there were almost no injuries at the tournament. Some participants used the stay in Bochum for the subsequent visit of the Starlight Expresses and / or for the trip to the notorious Bermuda Triangle. Luckily, all athletes have emerged from this again.